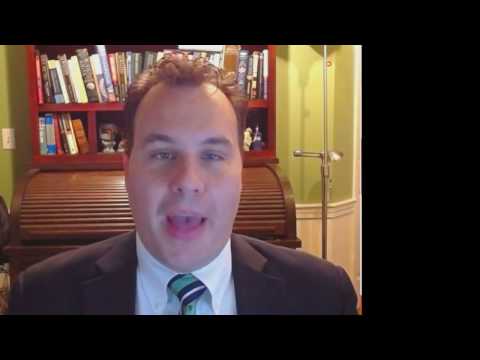 Following weeks of controversy, Bruce Fenton has been named executive director of the Bitcoin Foundation, the industry's oldest trade organisation.
from CoinDesk http://www.coindesk.com/bruce-fenton-bitcoin-foundation-executive-directo
via IFTTT

Hi,
I’ve been on this sub since it was at 30,000.
I did a couple AMAs over the years
My main focus is on Bitcoin and digital securities.
I’ve been an active investor, host of the Satoshi Roundtable event and others.
Bio
Former Executive Director of the Bitcoin Foundation
Co Founder of the Bitcoin Association
CEO Chainstone Labs
Majority owner of an SEC registered broker dealer
These days focused on Bitcoin, securities and a New Hampshire farm which will be an industry retreat.
In finance since age 19, former stockbroker and advisor to some of the world‘s largest pools of money.
I’ve had the pleasure to have a front row seat to this industry and meet a lot of folks.
I give advice for a living — so I’m happy to give any now.
AMA - Ask me Anything

Bruce Fenton: "Regardless of what scaling solution you support, if you deny that Bitcoin fees are a serious problem you lose a lot of credibility."

Bruce Fenton on Twitter - People who don't think there is a capacity issue must not use Bitcoin much.

Bruce Fenton - A lot of people got interested in Bitcoin because it was fast and almost free. That’s not the case anymore.

Bruce Fenton: I no longer support any discussion with any miner on Bitcoin scaling unless they 1st explain & document the reasons for opposing #SegWit.

Bruce Fenton: "It’s still not fixed. It’s gotten worse every day. r/Bitcoin is still blocking ideas they don’t like. That is damaging the $20 bn economy"

An interesting find. Andreas hosts a panel with the cofounders of Blockstream in 2015. Says a big threat to Bitcoin is governments coopting the developers. Gregory Maxwell begins to answer and then is promptly interrupted by Bruce Fenton who quickly changes the subject

Hi,
Since this election is in the individual category it is community driven, I wanted to give fellow Redditors the chance for any questions on the election.
Ask away!
Background: I'm a 22 year veteran financial professional and founder of an investment firm. I focus on emerging tech and emerging markets and travel quite a bit. I was an early web pioneer and see similarities to this tech. I've done about $5 billion in investments over the years and worked with some large clients.
I became active in Bitcoin in 2013 and work as an advisor and investor in the space. I am the organizer of Dubai Bitcoin Conference and have a couple other events coming up - the Satoshi Roundtable private retreat and the New England Bitcoin Conference which will be announced soon. I also am president and one of the founders of the Bitcoin Association, a decentralized group. I'm a member of the Global Bitcoin Alliance. I am a lifetime member of the Bitcoin Foundation.
I am an outspoken critic of excessive regulation and I have spoken at about 15 Bitcoin events this year.
I think the Bitcoin Foundation has some areas in need of improvement. It is unfortunate that some people have become upset with or left the foundation and this shows that there are areas which could be improved. Some of the challenges have been due to standard growing pains we should expect in an emerging space, some criticism is unwarranted, some is valid that we can learn from.
Overall I think that there is an important place in the ecosystem for the Bitcoin Foundation and that the organization can do more help to the space than if it didnt exist.
I'm running because I believe in the space and believe the Foundation can help the space and I'd like to help the Foundation be as good of an organization as it can be.
If you are interested in voting you need to be an individual member. Currently this costs $25 per year.
Edit: I should include my Facebook, which has about 85,000 people on it its http://www.facebook.com/brucefentonpage
Also you can check out http://brucefenton.com (under construction) or http://YouTube.com/brucefenton which both have lots of Bitcoin videos -- if you want my thoughts on regulation and Bitcoin watch some of the speeches from the last six months